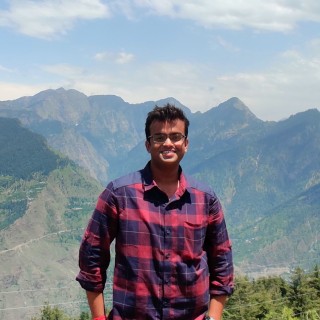 There are some places one can never get tired of making repeat visits to. Humayun’s Tomb definitely makes it to my list, and so does the soul-stirring Nizamudin Auliya Dargah in N. Basti, Delhi.

Humayun’s Tomb, built during 1565-72 by the second Mughal Emperor’s wife Hamida Banu Begum  is the first important landmark of royal Mughal architecture. The architect of this red sandstone-marble-quartzite monumental wonder was Mirak Mirza Ghiyath, a Persian noble in emperor’s court.  He is said to have introduced a perfect blend of traditional Indian (chattris, kiosks ) and Persian (arches, domes) architecture styles, laying foundations of Mughal form in India. The magnificent octagonal-shaped tomb stands in centre of a square garden charbagh, with perfectly symmetric trees , greenery and bright red silk cottons dotting the landscape. Exquisite lattice jaali-works are a treat to look at as sunlight makes it way through into the darkness of halls.

Needless to say, with so much history and grandiose images to relive, visitors both foreign and national throng this place all round the year. The sparkling shine of the place is credited to Aga Khan Trust, who in collaboration with Archaeological Survey of India carried out major restoration works over the years using limestone mortar and scientific methodologies.

In addition to the main tomb that houses several Mughal luminaries including learned prince Dara Shikoh, there is a plethora of monuments nearby, each having its own rich legacy. Isa Khan’s Tomb pre-dates Humayun’s Tomb by 20 years, for he was a noble in Humayun’s adversary, Sher Shah Suri’s court (Humayun reclaimed his throne only after Sher Shah died). Then there is an interestingly named Afsarwala tomb (Officer’s Tomb) and mosque belonging to a nobleman  in  emperor Akbar’s court ( who was that noble, we shall never know !). Nai Gumbad, Bu Halima’s Tomb, Nila Gumbad are some of the other monuments within this complex.

Less than half a kilometre away lies the famous Dargah shrine of 13th century Sufi saint Nizamuddin Auliya. The vendors will get after you on way, but once you are inside the shrine, it is sheer divinity and peace, with incense sticks, fresh rose petals and humble prayers of devotees spreading their charm. Thursday nights are especially enthralling for there are qawwalis ,samas and magical prayers to the Almighty – (Arziyan, Kun Faya Kun recall anyone ? they are just the beginning here ).

Here are some captures from my recent visit. Enjoy 🙂

Thank you for your time!